What exactly are these international processing fees?

Your month end Merchant Services statement can be confusing with various fees, surcharges and assessments, making it an extremely difficult and puzzling task to try and keep straight. You may even find yourself looking at an international credit card processing fee and not knowing what it is or even why they’re there. How do these International Processing fees work?

This is a guide to help you understand what they are and who exactly charges them:

Interchange rates for international cards are at an average of 1.10% – 2.00% for Visa, MasterCard and Discover not including the per-item-fee assessed. The specific rate within this range mainly depends on card type and processing method (i.e Retail, Card Not Present or Ecommerce). In addition to this interchange and set of fees (Dues and assessments including but not limited to acquirer fees) imposed on every transaction, each card network also adds two additional fees to every international transaction you process with one of their cards.

Visa implemented an international service assessment (ISA) fee of 40 basis points or 0.40% in April of 2008. This fee applies to all transactions involving a U.S. based business and a credit or debit card issued outside of the U.S. The ISA is also separate from interchange rates and from Visa’s standard assessment fee, currently at 11 basis points or 0.11%.

For example, the ISA fee of 0.40% will be added to a transaction where a customer uses a Visa card issued outside of the United States to buy something here in California.

Visa has a brief online statement about the ISA fee.

The ISA is one of two fees Visa currently charges for international card usage, the other is the International Acquirer Fee, a separate 45 basis point fee or 0.45%, which applies under the exact same circumstances as the ISA. Visa began charging the IAF in October 2009.

The total fees Visa charges for a transaction involving an international card processed in the U.S. is the sum of the ISA fee (0.40%),  the International Acquirer Fee (0.45%),  and the Visa standard assessment (0.11%), which comes to just about a percent above interchange cost, 96 basis points or 0.96%.

MasterCard charges an additional fee to merchants for all transactions acquired in the United States that involve a credit or debit card issued outside of the United States. For example, if a cardholder uses a Canadian-issued MasterCard to make a purchase from a business here in Delaware, that merchant will be assessed a cross border fee for accepting an international card.

This fee typically combines with MasterCard’s acquirer program support fee. Currently set at 0.55% or 55 basis points, the Acquirer Program Support Fee for Domestic or Foreign currency brings the cost of the transaction to 95 basis points or 0.95% above the normal card rate on transactions involving MasterCard’s issued abroad. These are the only two volume-based fees that MasterCard charges on transactions involving credit cards issued in another region than where they are acquired.

For Interchange Plus merchants, some processors will separate the interchange and international fees on your monthly statement, while others will group the fees together. In either case, a good rule of thumb is that international credit cards will cost a merchant about 2.5% to 3,0% plus the processor fees.

Should I Accept Discover

What is Level 2 and Leve 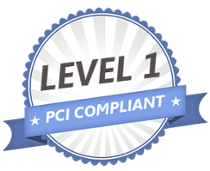 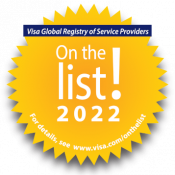 View all equipment and terminals

Free Cost Benefit Analysis
Speak to a Consultant
Get a Quote
Copyright © 2022 Group ISO. Group ISO, Inc is a registered ISO of Commercial Bank of California Irvine, CA. All trademarks and service marks used on this website are property of their respective owners